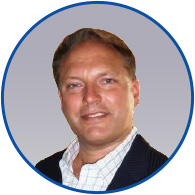 Mr. Mader has spent over 30 years dedicated to marketing clinically applied products. For ten years Scott was a product launch specialist for Bristol-Myers Squibb Pharmaceutical. His marketing success with novel products such as Azactam (antibiotic), Capoten (antihypertensive, CHF), and Pravachol (metabolism) culminated with the introduction of Glucophage (type 2 diabetes), the most successful launch in BMS history at the time. In 1997 Scott headed Marketing at Biosite Inc. in La Jolla and led the introduction of a novel quantitative diagnostic platform (Triage Meter) and launched a number of novel biomarkers. He spearheaded the strategy behind the blockbuster Triage BNP Test (Heart Failure), a biomarker that is now standard of care in acute heart failure diagnosis. In 2003 he initiated C LINDEVOR 360, a strategic consultancy for biopharma, device and diagnostic products. 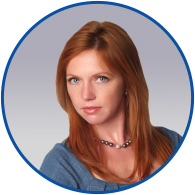 Ms. Powers is a commercial manufacturing and supply chain management expert with a multi-industry expertise driving in house efficiency. Following a 10 year career at Solar Turbines (a Caterpillar Company) as a six sigma black belt and supply chain management expert, Kelly transitioned her commercial efficiency and marketing expertise to the irrigation industry with Toro Micro-irrigation Systems (a Toro Company). She entered the healthcare industry with CareFusion (a Becton Dickenson Company) in 2014 where she ran manufacturing operations for the highly successful Pyxis product line used in hospitals across the developed world. Kelly has led the product design and manufacturing efforts with AseptiScope since its inception in late 2015. 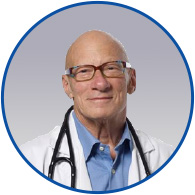 Dr. Maisel is the Director of the Coronary Care Unit and Heat Failure Program, VA San Diego Healthcare System, and Professor of Medicine, University of California, San Diego. A cardiologist, Alan is considered a global expert in the application of cardiovascular biomarkers and has led multinational clinical trials that have paved the way for new care standards in diagnosis and management of acute cardiovascular conditions. He has published over 300 peer reviewed articles and original investigations. In 2001 the New England Journal of Medicine published his “Breathing Not Properly (BNP) Multinational Study” that signaled a clinical breakthrough that improved the diagnosis and risk stratification of heart failure. Alan continues to advocate for the implementation of novel products that assist acute patient care. 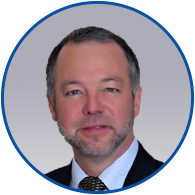 Dr. Frank Peacock is the immediate past chief medical officer and prior president of the Society of Cardiovascular Patient Care. He is a professor of Emergency Medicine, associate chair, and research director for Emergency Medicine at Baylor College of Medicine. Frank has over 300 publications and has led national and international clinical trials such as PRONTO, ADHERE-EM, IMPACT, CHOPIN, CLUE, FASTTRACK and TRUE-HF. He is the 2004 and 2010 winner of the Best Research Paper Award from the American College of Emergency Physicians, and is the Codman Award recipient from the American Association of Group Practice. Frank’s clinical interests and research focus include acute coronary syndrome, acute heart failure, biomarkers, improvements in emergency medical care, and more rapid patient disposition.

Tom Watlington, whose experience in the medical device industry spans 36 years, formed Cuida Health in October 2017, to address the rapidly growing Aging In Place market utilizing software that integrates with consumer voice assistants such as the Amazon Echo device. Previously he was the Chief Executive Officer of Sotera Wireless from 2006 until 2017. For ten years prior to joining Sotera Wireless, Mr. Watlington served as Executive Vice President and Chief Operating Officer of Biosite Incorporated, a leader in the field of medical diagnostics that was acquired by Inverness for $1.6B. In addition, he spent fourteen years at Boehringer Mannheim Corporation in various sales, marketing and strategic roles, including Vice President of Marketing for the Diabetes Care division.

Mr. Watlington previously served on the board of Home Diagnostics, Inc., a public company in the field of diabetes monitoring that was acquired in June 2010 by Nipro Diagnostics. He received a bachelor of science degree from the University of Maryland.